Three subscription services competing in a market smaller than London? But perhaps we are looking at things from the wrong perspective. Might in fact subscription be ideally suited to small market arenas like the Nordics?

Norway will be getting its third major digital books subscription service in a few months as Sweden-based Nextory prepares to launch in its eighth market, where it will compete with fellow Swedish operation Storytel and the domestic service Fabel.

Nextory is already operational in Finland, Denmark, Germany, Netherlands, Austria and Switzerland in addition to Sweden.

There are in fact already three streaming services in Norway, all owned by publishers: Storytel Norway, jointly owned by Norway’s Cappelen Damm and Sweden’s Storytel, Fabel, run by Lydbokforlaget and in turn jointly owned by Aschehoug and Gyldendal, and a much smaller player, Ebok Pluss, owned by Vigmostad & Bjørke, which doesn’t really move the needle for purposes of this report.

Audiobook listening and subscription services in Norway have had a fantastic development in recent years. We are convinced that there is great potential for continued development, and we want to contribute to that.

Internet penetration in Norway is at 98.6%, but even so, with a total population of just 5.4 million people this might seem, to us outside the Nordics, to be a pointless venture. Three subscription services competing in a market smaller than London?

But perhaps we are looking at things from the wrong perspective. Might in fact subscription be ideally suited to small market arenas like the Nordics? After all, small print runs such as would be needed in a market of this size are notoriously expensive per unit, making digital books with one-off production costs and no warehousing and remaindered costs increasingly attractive to publishers.

The track record so far suggests so, and certainly Nextory’s head of global operations since 2018, Magnus Nytell, who previously worked for BookBeat, sees no issues here.

There is room for three. We must not steal from the others, but build the market larger and wider.

We are not so concerned about whether we are number one, two or three. Nextory has a long-term strategy with what we do, and will build this over time.

Asked by Bok365 if this would mean a Norway price war Nytell dismissed the suggestion:

No, I have no faith in any price war. I do not think any of the subscription services benefit from this. Today’s current models will not be able to support such a thing. Not least, it is important that the authors get a reasonable income from this. When everyone in the value chain is “suitably satisfied”, we have probably found a reasonably sensible model.

Per past reportage here at TNPS, Nextory has long been in discussion with Norwegian publishers –

and now an agreement has been reached. Nytell told Bok355:

We have now signed an agreement with several Norwegian publishers, and plan to start up in Norway around the turn of the month April-May.

Nytell believes Nextory will have an advantage over Fabel in that it will carry content from all publishers (as above, Fabel is owned by two of Norway’s largest publishers and Storytel part-owned by a third), presumably meaning it has negotiated deals with Fabel’s owners, but of course there are no guarantees that presumed agreement, if it exists at all, will last.

In any case Norway is only part of Nextory’s ambitions, and having picked up $20 million in new funding just a few months ago –

the big question is where Nextory will head next.

…The big surprise would be were (Shadi) Bitar to step outside Storytel’s shadow and do something seriously innovative in the global arena.

Sweden, Finland, Denmark, Germany… These were all markets prepared by Storytel. Austria and Switzerland are not meaningful new territory in that they rely on content already available for the German market.

Further expansion into west Europe – Italy and Spain, for example, and the long-awaited Norway launch – will bring nothing new to the table. In Latin America, SE Asia and the Middle East it is Storytel that leads the way.

What would be impressive – and exciting – is if Bitar were to step outside the Storytel comfort blanket and focus on, for example, Eastern Europe (where Storytel is so far only in Poland), South Asia (where Storytel is so far only in India) and the virgin territories of Central Asia and Africa (especially South Africa, Nigeria and Ghana) where competition is sparse and opportunities abound.

Whether Shadi Bitar will indeed surprise us remains to be seen, but safe to say Nextory Norway won’t eat up too much of that $20 million cash influx, leaving Bitar and Nytell plenty of scope for further expansion this year.

Kindle Snapshot: 8 out of Top 10 ebooks in the Kindle US store are Amazon imprint titles this morning 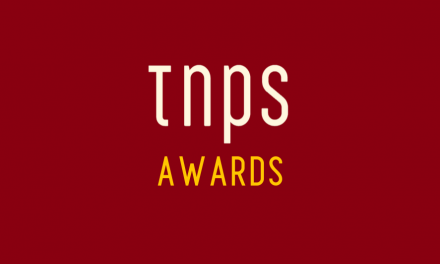 Nextory partners with Libreka to prepare a Germany launch, competing with BookBeat and Amazon. Storytel prefers the low-hanging fruit