Amid newly found stability and hope in the Brazilian book market, the Rio Biennial expects 600,000 visitors to buy 5.5 million books in 10 days

August has seen yet another stable month for book sales in Brazil, despite the on-going bankruptcy crises of two of the biggest bookstore chains, Saraiva and Cultura.

PublishNews reports the latest monthly figures from Nielsen and the National Book Publishers Union as showing a steady if painful shift to stability.

From July 15 to August 11, the Book Retail Panel in Brazil showed that bookstores monitored by the research institute sold 3.33 million copies, resulting in revenues of R $ 133.6 million ($32 million). Comparing to the same period last year and disregarding inflation in the period, revenues remained stable, but there was a fall of 2.26% in the number of copies sold. The 2.27% increase in the average price of the book to the final consumer may explain this movement.

Paradoxically, other good news can be observed when looking at the year-to-date negative figures. From January until August 11, the establishments monitored by Nielsen sold 24.4 million copies and earned $ 1.07 billion. Compared to the same period of 2018, the numbers are in red, with a drop of 11.35% in value and 11.51% in volume. These indices, although negative, make a positive curve. At the end of the first quarter, Nielsen saw losses of 21.18% in value and 22.5% in volume. When the end of the first half came, these rates were, respectively, 14.5% and 15.07%.

Against this backdrop we have the XIX Bienal del Libro de Río taking place, with Japan as guest of honour.

The Rio Biennial, which alternates with São Paulo, runs from August 30 through September 8 at the Riocentro Convention Centre. 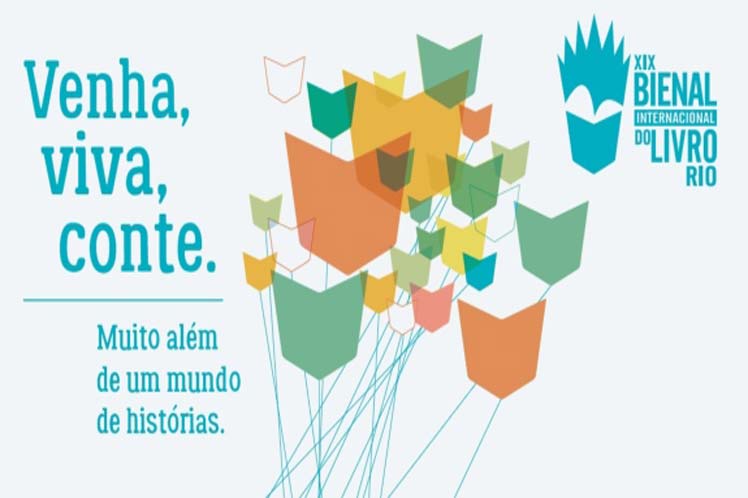 With 520 exhibitors the ten-day event expects a visitor count upwards of 600,000 and to at least match its recent sales average of 5.5 million books.

When looking at the Nielsen and SNEL figures and then factoring in the sales at events like the Rio Biennial it’s important to remember that in Brazil, as elsewhere, the figures we are told are only part of the picture, and many more sales and will be happening untracked and unremarked in avenues that Nielsen and SNEL are not geared to track.

And with that in mind we must, when we look at the health of a market like Brazil (or any other) allow that some – perhaps a substantial portion – of the perceived decline in book sales in the country may not be readers abandoning books and reading but rather readers shifting their loyalties to rival options, mainly digital, where mainstream publishers have been overly cautious in, or even have deliberately held off from, offering competing content.

Bookmate partners with telcos in Bulgaria and Serbia. Introduces Bookmate Plus in Azerbaijan

Is Lagos the new Gotham? The African comic book boom