BookBeat’s decision to abandon the unlimited model is perhaps not surprising. BookBeat is owned by publishing giant Bonnier and that alone gives rival publishers pause for thought when deciding whether to put content out on the BookBeat platform. (Storytel, by contrast, is a streaming platform that owns publishers).

Platform rivalry has also been causing a ruckus between Storytel and Nextory, even though Nextory isn’t a publisher. As Shakespeare almost once said, something is rotten in the subscription state of Sweden. But it is to the UK and France where we see Sweden-based BookBeat’s latest manoeuvres to stay ahead of the streaming game.

Big publishers have long been reluctant to put out frontlist content on streaming platforms, arguing it hurts sales and hurts author revenues, with PRH the highest profile publisher to take that stance to its logical extreme and pull all its titles from every platform offering unlimited consumption.

Lately many streaming platforms have been launching in new markets with tiered access, and that’s what BookBeat has done this past week with its BookBeat France launch. And simultaneously it has reinvented its UK arm with the same tiered access model.

After moving away from the unlimited offer on its biggest markets, BookBeat will also change the offer in the UK and on the markets where a local app is unavailable. Unlimited listening will not be available anymore. This model will allow sustainable growth and will bring more transparency for the publishers and rights holders.

Sandin has a point. Sustainable growth in the BookBeat UK venture has not been happening, as we can determine from the complete absence of any mention of even the existence of the UK platform in BookBeat press releases in recent years.

TNPS reportage from the immediately-above linked post is telling.

The biggest feedback we have gotten from our users is that they want more premium content. We did a broad marketing push and we had a lot of users joining up last year. And the feedback is that we need a broader coverage of content.

With this feedback in mind, we have continued discussions with major publishers in the UK which have not yet released their content to us.

That was in 2018, when BookBeat was already reporting profitability in Sweden and Finland, but where BookBeat UK has been treading water for the four years since while UK publishers continue to withhold content.

The new deal is 20/50/100 hours of listening for £5.99/£9.99/£14.99 and I have to say that, as a British expat I was intrigued enough to revisit the option. I don’t have much audiobook listening time (I don’t drive, commute or mow lawns and listening to audiobooks is somewhat incompatible with writing TNPS or running a school) and it must be said that personally I’d much rather read text than listen to audio, so I have never been personally excited about paying a monthly rate for unlimited access knowing I’d never consume enough to justify the price.

This gave me a lot of sympathy with Sesamy, the antidote-to-subscription platform (“Escape the subscription trap.” “No zombie subscriptions.”) that had such big ideas about catering to time-poor audiobook consumers, but this past week saw one of its key employees walk as Sesamy changed direction, with the implicit message there is not enough demand for the Sesamy model.

The tiered access model now favoured by BookBeat brings a happy medium to the table, but we should be clear this is about caving into publisher demands, not responding to consumer demand.

Of course, there are low-level consumers like myself that do not see value in the full unlimited model and are deterred by the one-price-for-all option. But I struggle to imagine most consumers saying they’d rather pay a tiered fee for a set amount of hours than pay a slightly higher fee for unlimited.

Since we launched BookBeat, we have gathered over 500 million hours of listening data. Based on that data, we know that the biggest long-term challenge to making the streaming business model work is the heavy users. Only 5 percent of the users listen more than 100 hours per month, but they contribute to 25 percent of the listened hours. To make the model work in the long term, either the price a service pay publishers must go down or the price for users goes up. We have created our own solution to this challenge that takes away the stress that heavy users put on the model, while allowing us to create better offers for light users. In short, it is a dynamic model, based on how much you listen you will pay more. We have already launched the model in Sweden, Finland and Germany and know it is attractive for users but also helps us keep the price we pay publishers at a sustainable level.

Enid Blyton my favourite author? That’s a long TNPS post in its own right. (Maybe one day…) Here just to say as a one-time million-selling author and as a teacher I can still bring a writers’ event, teachers’ event or class of kids to a deathly silence when asked who my favourite author is. But whereas the writers and teachers shuffle uncomfortably, waiting for someone else to respond first, the kids, after a few seconds of shock at this brutal honesty from their teacher, usually burst into applause and the lesson is abandoned in favour of a heated debate about Mallory Towers vs Hogwarts, and if The Magic Faraway Tree is better than the magic of the Potter saga.

Okay, so slightly off-topic here, but not entirely, because this has a direct bearing on my problem with subscription.

When I type Grisham, Child or Blyton into the BookBeat UK search engine my initial excitement at seeing the results tally (77 Enid Blyton titles!) is short-lived as I scroll through to find they are all – and this on BookBeat UK, remember – in Swedish.

Now I love the Swedish language as much as the next monoglot Brit. I have even tried to learn it prior to past visits to Sweden, but it all seemed so pointless beyond Hej! because everyone in Sweden speaks English better than I do. (For which I claim a tad of credit from my ESL teaching days. What’s the easiest job in the world? Teaching Swedish kids on UK exchange trips to speak English! )

But seriously, what use is a streaming platform, whether unlimited or tiered consumption, when the books I most want to read are not available?

This is the true challenge of the streaming platforms today, and the final solution lies with the publishers, not the platforms.

Publishing CEOs like Markus Dohle will tell us only 20% of consumers want ebooks and consumers don’t want unlimited audiobooks, and he ensures there is a grain of truth in all this bluster by keeping ebook prices up there with print prices, and ensuring no PRH titles are on unlimited streaming platforms.

The logic is infallible. “Look guys, none of our titles are available on those pesky Swedish unlimited platforms. Not a single consumer is paying to stream our books that are not available on these platforms. Ipso facto the model is broken, consumers aren’t interested, and our authors are better off with 100% of nothing than x% of something. Here endeth the gospel according to St Markus.”

And for the record, and for the many who email me to insist I’m making up stories about ebook prices being higher than print prices, this is PRH-published Michelle Obama’s latest book on Amazon at the time of this post going live, and it’s number one in the Amazon charts.

So let’s get this straight. The week’s (month’s/year’s) top-selling book is ten cents cheaper in hardcover with all the increasingly expensive paper, ink, printer-to-warehouse and warehouse-to-retailer shipping costs, than the digital file that has none of the above physical costs attached.

And there will be St. Markus explaining how only 20% of readers want ebooks and how environmentally-friendly and committed to sustainability PRH is.

Which brings us full circle to the TNPS headline. BookBeat has had to abandon the unlimited model because publishers are withholding content and ensuring the model is not viable. Whether Sandin can now get the big UK publishers to put their catalogues into BookBeat UK remains to be seen (personal memo to Niclas – if and when you do, I’ll subscribe, but I won’t be holding my breath waiting).

Yet per other recent TNPS discussion, it’s not all one way. While BookBeat, Nextory, Storytel and Spotify have been revising their position on unlimited in response to publisher pressure, it should be remembered that Amazon-owned Audible and Rakuten-owned Kobo are both adding to their unlimited subscription options.

BookBeat may have sold its soul to the silver-tongued tiered-access subscription devil, and that may not be a bad thing, but no-one should suppose this is the end of the all-you-can-eat model. 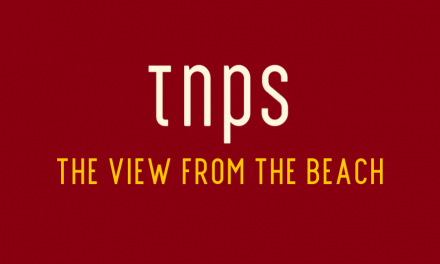 Uncounted by the APA, Nielsen et al, Kindle Unlimited paid out over a half billion dollars in 2022 – mostly to self-publishers