We start the day global today in the UK, and stay there for all three stories, which are about Britain’s cultural heritage.

Those who take an interest in a author’s background and how it impacts their writing may well know that the Red House has long been associated with the Yorkshire author Charlotte Brontë, not least because it was the house on which Brontë based ‘Briarmains’ in her novel Shirley.

The Red House can be found in the village of Gomersal, Kirklees, West Yorkshire, which is in northern England in the UK (for those outside the UK mystified by references to the UK, Britain, and England, I can only apologise) and has long been a local museum, but now faces the axe thanks to funding cuts.

Author Jill Hughes, who is leading campaign to rescue the building for posterity, said:

The Red House is an important historical attribute and part of West Yorkshire’s proud heritage. It was owned by Joshua Taylor, a wool merchant, and the house has links with the Luddites and the textile industry, which the region is famous for. Elizabeth Gaskell, a friend of Charlotte’s wrote about this, and the problems caused in society by rapid change, and conflicts between workers and employers, in her industrial fiction novels: North and South, Wives and Daughters. She mentions the Red House in the biography The Life of Charlotte Brontë.

The Bookseller has more details, including a link to the campaign.

We stay with The Bookseller for our next UK story, which, forgive the pun, revisits Brideshead on the 75th anniversary of the publication of Evelyn Waugh’s novel Brideshead Revisited.

A new festival, titled with shameless unoriginality, the Brideshead Festival will, in the words of former HarperCollins CEO Victoria Barnsley,

celebrate and interrogate the ongoing appeal of this seminal novel and its screen adaptations (saying it will be) one of the most exciting new additions to the cultural calendar in 2020.

Barnsley just happens to run, with her husband Nicholas Howard, the Yorkshire stately home Castle Howard, used as the location for Brideshead in the 1981 TV series and the 2008 film, and this will be the venue for the Brideshead Festival.

evaluate Waugh’s place in the cultural canon of 20th-century literature and the relevance of the novel for today’s audiences. Taking a modern-day perspective, presenters will also look at the impact of the TV adaptation on the imagination of generations of viewers and the role literary adaptations play in today’s cultural landscape.

Read more over at The Bookseller.

From northern England (which is in Britain and part of the UK) we move to London, which is the capital of England, Britain and the UK. (Just…don’t ask. It’s crazy complicated.)

Summer 2020 will see a new Alice In Wonderland exhibition at the Victoria & Albert Museum.

Exploring its origins, adaptations and reinventions over 157 years, this immersive and theatrical show charts the evolution of Alice’s Adventures in Wonderland from manuscript to a global phenomenon beloved by all ages.

“Global phenomenon” here perhaps an exaggerated term, being in large part down to Britain’s colonial past and the cultural colonialism of America’s Disney. I’m writing this from a former British colony in West Africa, and can confidently say most people here will have never heard of Alice, have never heard of Lewis Carroll or John Tenniel, and, the children in my nursery schools aside, will never have seen the Disney movie.

Read more over at the Victoria & Albert Museum website,

And let’s hope that the V&A, wrapped up in its quaint belief that the whole world loves Alice, will put the exhibition online for the benefit of those around the world who are Alice fans but who can’t get to London. 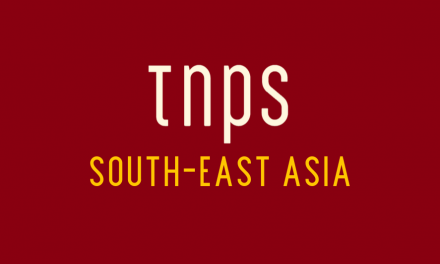 Bookstore UK, the antidote to Amazon, delivered $2.3 million to UK indie bookstores in its first year