The contrast couldn’t be starker. On the one hand we have Nielsen and the National Syndicate of Book Publishers (SNEL) telling us bookstore sales are in freefall. On the other hand we have the Flipoços (the Poços de Caldas International Literary Festival) reporting not just record attendance but record sales. Again.

Are Brazilian readers sending message to mainstream publishing that they want more choice and better prices, and would rather wait for the next book fair than patronise bookstores?
Here’s the numbers:
According to the fourth Panel of Book Sales in Brazil for 2019, as reported by PublishNews, and covering the period from March 25 to April 21,

The Flipoços, the first big book fair of the Brazilian season, attracted 85,000 visitors last year and sold books worth $325,000.

This year 90,000 turned out and across nine days bought books worth R $ 2.2 million ($556,000).
That’s a half million dollars worth of sales that weren’t happening in the mainstream bookselling sector, and of course it’s similar story through the year, often on a much bigger scale.
The biennial Rio International Book Fair sold over 2.5 million books at its last incarnation in 2017, thanks to a crowd of 640,000 visitors.
2018 saw a visitor numbers drop for the Sāo Paulo biennial, down from 800,000 to 633,000, but the Sāo Paulo Comic Con set a new record of 220,00
As we said in September here at TNPS,

Brazil’s publishers and retailers may be struggling, but the ever-growing attendance at Brazil’s book fairs shows the disaffection is with the system, not books.

Many biennials within one. Brazil’s Rio Biennial 2019 dates set, and a new approach to try hold on to those record visitor numbers

This year’s Rio biennial is set for August 30 through September 8, and is hoping to set new records for both visitor numbers and book sales this year. 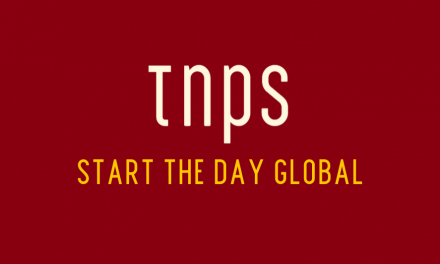 Start the Day Global – essential industry reading from around the world