Amazon KDP’s new 50% royalty option. Or was it an error?

Speculation abounds that Amazon KDP is to introduce a third royalty tier of 50%, alongside its current 35% and 70% choices, after the 50% option appeared in the KDP dashboard of some authors.

I raised your issue to our technical team and now they have confirmed that an additional royalty plan option briefly appeared in KDP on January 9th. This was an error and we apologize for any confusion. None of our KDP royalty terms have changed, including for KDP Select.

As yet no response from Amazon here to verify that, but no reason to doubt its authenticity.
Which leaves the question wide open – is there a 50% royalty on the way or not?
The wording of the quoted Amazon email is critical here.

None of our KDP royalty terms have changed, including for KDP Select.

That is very different from saying no changes are going to happen tomorrow or in the near future.
The statement that

likewise tells us nothing of value.
Was the 50% royalty an error or was its appearance an error?
Exactly how does one accidentally insert the code for a 50% royalty into the KDP dashboard?
The most likely scenario is that this is a behind the scenes project to introduce a third tier royalty, which erroneously surfaced in some author dashboards as part of the testing sequence.
What might it mean? Speculation has been surprisingly sparse so far, with very little coverage beyond the KDP Support forum, but yesterday John Doppler at ALLi picked up on the rumours and delivered a well-balanced analysis of possible outcomes.

Hypothesis #1. Amazon plans to reward exclusive content (and penalize those who go wide).
This is the rumor that’s causing the greatest consternation among indie authors. By restricting the 70% royalty tier to exclusive content, Amazon could make an aggressive bid to push authors into exclusivity, increasing the number of titles in Kindle Unlimited and tightening Amazon’s grip on the market. Authors who go wide could see their Amazon royalties cut by 20%.
Hypothesis #2. Amazon will offer a lower royalty rate, but would allow authors to opt in to Kindle Unlimited on a non-exclusive basis.
Hypothesis #3. Amazon will offer a compromise for books with large file sizes and higher pricing.
Hypothesis #4. Amazon plans to encourage a specific price point for ebooks by creating an intermediate tier.
Hypothesis #5. Amazon wants to tempt publishers away from the $0.99 price point and raise the floor of ebook pricing.

For hypotheses 2-5 see the ALLi post for a full explanation.
As ALLi says,

Amazon is driven by profits and market dominance, not benevolence towards authors, and the goals of the two are frequently in opposition.
Change is inevitable in the publishing industry, and when it comes, indie authors must be ready to adapt to it.
When you shackle yourself to a corporate behemoth, you go where it goes. If it decides to roll over to scratch its back, those who are bound too tightly to it may find themselves crushed underneath.

The timing is interesting, because it was seven years ago, in January 2010, that news broke Amazon was introducing the 70% royalty. Previously authors got paid 35% across the board.
While Amazon dressed this up as a move to benefit authors, which of course it did, the primary purpose was to undermine the launch of Apple’s iBooks. Apple announced in January 2010 it would be launching iBooks that summer, with a 70% royalty.
Sure enough Apple iBooks launched in summer 2010 and Amazon raised its royalty to 70% to match Apple only on June 30 that year.
Later the same year, 2010, Amazon finally opened a Kindle UK store and began selling Kindle e-readers in the UK. Previously British ebook readers had to have the devices shipped from the US.
In the absence of a new Author Earnings Report (the last was in February 2017 – a promised jaw-dropping second Author Earnings Report in 2017 failed to materialise) – we can only speculate as to how Amazon’s ebook market share has changed since early 2016, and whether this has any bearing on the mysterious 50% royalty.
I’m with ALLi’s Hypothesis #1, that there is a third royalty option looming, that will penalize authors who choose to go wide.
As John Doppler said,

Amazon is driven by profits and market dominance, not benevolence towards authors.

I’ll round off this speculative post with some speculation of my own from way back in March 2016, when I said, while reporting on Amazon’s music streaming service, free with Prime, that

The logical next step would be to make Kindle Unlimited available free to Prime members in its current format, and then re-launch KU proper as a “real” ebook subscription service, dropping the exclusivity condition.
Dropping the exclusivity condition for self-publishers for the extended KU could bring into the game the titles of the many indie authors who play the wider game and are therefore excluded from KU by Amazon’s current rules.

Two years on that speculation seems as likely as any of those John Doppler offered over at ALLi.
KU available free to all Prime members, with KDP authors being paid by page reads, and for sales from the Kindle store a 70% royalty for those titles exclusive with Amazon and just 50% for those that are not. Plus of course the 35% booby prize for those who list titles priced outside Amazon’s preferred 2.99-9.99 price channel. 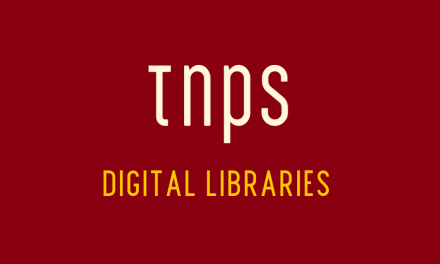