Very few details available right now, but with one month to go it’s now official that Big Bad Wolf, the Malaysia-based flash-book-sale operation that takes literally millions of English-language books to countries that routinely do not speak English, is back in the UAE in October for its second run.

As with the debut event in 2018, the 2019 incarnation will again see 3 million books laid on to delight booklovers, and all at crazy-low prices.

Once again the event is being held at Dubai Studio City, and as usual it will involve eleven days of 24-hour non-stop book-buying. 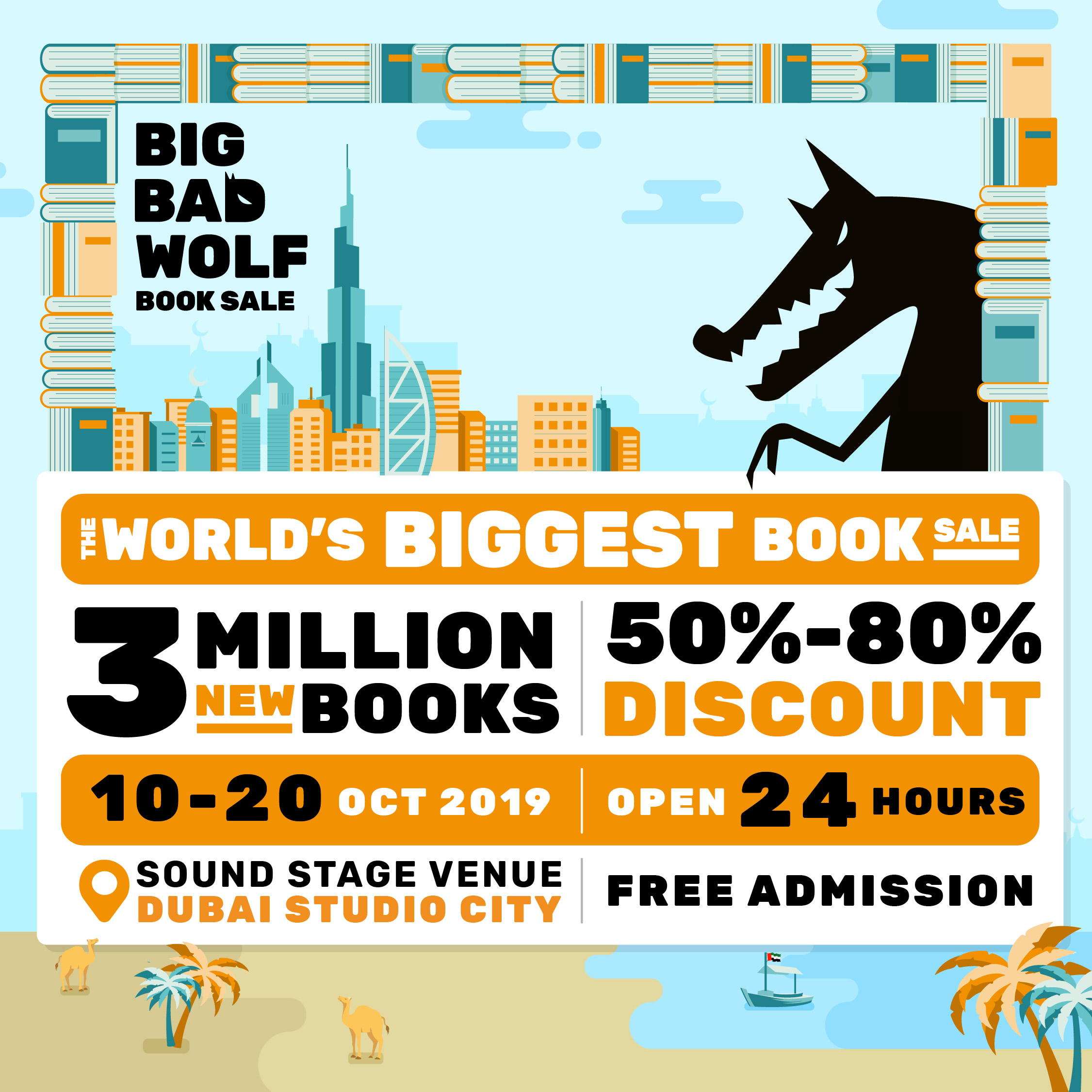 Initial media reports suggest the 3 million books will comprise English and Arabic titles, but from past experience we can expect English-language titles to be by far the larger component.

The announcement comes as Big Bad Wolf is engaged with two on-going book sales in Malaysia and Indonesia.

At home base in Malaysia the Big Bad Wolf team will be working on the end of year spectacular in Kuala Lumpur to sign off this tenth anniversary year, meaning we still have over three months to fit in more Big Bad Wolf sales, and just possibly new countries.

This year Big Bad Wolf debuted in Myanmar and Pakistan.

but no dates on the Big Bad Wolf website would suggest it will be late October, as the official announcements are usually made one month in advance.

As reported here at TNPS in August, Big Bad Wolf had in the first seven months of 2019 visited 25 cities, attracting 3 million visitors and selling 25 million books.

It’s been a remarkable year for big Bad Wolf so far and you can be sure TNPS will keep covering the remaining tenth anniversary events as they roll out.

As the National Library of Paraguay gets a new Director, Paraguay’s publishing future is digital