With each passing day the digital subscription model engrains itself more and more in the world’s consumer psyche, and music, video and news platforms are reaping the rewards.

Apple’s big event this past week dropped a hint about an upcoming podcast subscription service, but didn’t go into detail. However, Recode believes it has the inside info.

If Recode’s source is correct then Apple will launch a non-exclusive subscription service whereby the creator sets the monthly price, and Apple takes, for the first year, 30% of the paid subscriptions. That 70% “royalty” will rise to 85% from Year 2 onwards when Apple will drop its fee to just 15%.

Per Recode, the service will launch in May and Apple will,

Let podcast publishers sell subscriptions to individual shows or groups of shows, and set their own pricing, starting at 49 cents a month in the US.

Apple won’t require podcasters to create Apple-only exclusive shows, but it does want them to distinguish between stuff they’re already distributing via Apple and stuff going up on other platforms: That could mean ad-free shows or shows with extra content or brand-new shows that only exist on Apple.

The Recode report comes hard on the heels of Facebook announcing its expanded plans to offer audio on its platform, including podcasts. ScreenRant has more details about Facebook’s plans, but it looks like the Facebook podcasts launch will not be until the northern hemisphere’s summer, and won’t be a subscription service as such.

Recode reminds us that Spotify has invested $1 billion in its podcast arm.

But of most importance from this Recode piece is the discussion tucked away in the news reportage. Excerpts below:

We have yet to see much evidence that consumers want to pay for podcasting, though there are some exceptions — mostly via Patreon, the company that lets fans pay creators for exclusive podcasts or any other creative content they want to sell.

It’s still a meaningful strategic change for Apple, which more or less introduced podcasts — the name is a nod to Apple’s iconic iPod music players — to mainstream audiences in 2005, but until now has never tried to make money from them.

The logic, as Apple executives have told (the Recode writer) for several years, was that they didn’t think podcasts could be a meaningful business for the company and were happy to let podcast creators distribute their stuff on Apple’s devices and software for free.

We’ll get a better sense of how the podcast landscape will change in the near future. Facebook has promised to provide more information about its podcast plans later this week. And Spotify, which has already teased plans to offer subscription options, will be talking about that more later this month, according to someone familiar with the company’s plans.

Recode kept to the big tech companies, and with a US focus, which meant no mention of Spotify’s global expansion, adding more than 80 new markets to its reach – a total of 170 countries.

From TNPS at the time:

With each passing day the digital subscription model engrains itself more and more in the world’s consumer psyche, and music, video and news platforms are reaping the rewards.

Book publishers, on the other hand, with noble exceptions, seem determined to be dragged screaming into the second decade of the twenty-first century when it comes to offering consumers choice.

Nor did Recode mention Podimo, but maybe it ought to have, as it’s one of many examples that provide a counter to the Recode assertion that,

We have yet to see much evidence that consumers want to pay for podcasting.

The TNPS reportage at the time shows the value of judging the markets through a wider lens than just what’s happening in the US:

It was only in July 2019 that TNPS was reporting that Podimo, the Denmark-based podcast-streaming project, had raised $6.7 million in seed funding to lunch an app that, flying in the face of received wisdom, wanted to charge consumers for listening to podcasts.

How the trade laughed. Podcasts? The poor man’s audiobook? No-one will pay to listen to podcasts. Morten Strunge has finally lost the plot.

But consumers are strange beasts, and are ready to part with their cash for quality podcast content. A reality that investors were quick to latch onto.

Fast forward June 2020 and investors were throwing money at Podimo to the tune of $16.8 million.

And fast forward again to 2021 and while TNPS was struggling to get online news emerged of yet another major investment round for Podimo, this time to the tune of $13.5 million.

Let me round off this post with a reminder that Deloitte, a respected statistics collator and forecaster, pointed to the 2020 podcasting market being worth $1.1 billion.

Not sure if the numbers are in yet to validate that forecast, but a safe bet it’s not too far out.

For authors and publishers, the possibilities are myriad, and those that aren’t currently taking podcasting seriously should be rethinking their strategies.

Podcasting, distinct from audiobooks, to the extent that it can be, is a global opportunity for publishers to connect with new audiences to drive traffic to book outlets, and increasingly promises to be a direct new revenue stream for publishers. 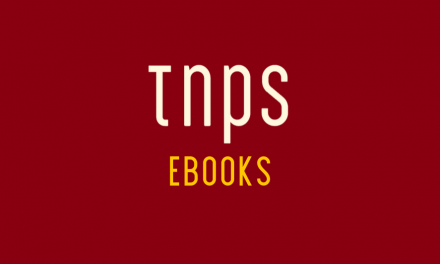 AAP reports October ebook REVENUE worth $84 million. For the same month Kindle Unlimited paid out $39.8 million in ROYALTIES. Just how big is the real ebook market no-one wants to talk about?

Falling Fiction Sales -Why Is It Happening? – The Hot Sheet Reviewed – 14 November edition