Book Expo America is shuttered, leaving the world’s biggest book market with no trade show. Few tears will be shed

The pandemic took away the last of the emperor’s clothes, at no time more clearly than when Covid-19 brought New York to its knees while BEA’s management insisted there wasn’t a problem, eliciting unprecedented and hopefully never to be repeated TNPS headlines.

Book Expo, once widely regarded as America’s and the world’s most important publishing trade show, has for several years now been little more than the token holder of that title, long since eclipsed by London, Frankfurt and Bologna, and lately Beijing, Shanghai and Sharjah. Now it is being “retired”, a polite euphemism for what is little short of euthanasia. Putting a wounded animal out of its misery.

As the global publishing centre of gravity has shifted inexorably east, so New York’s Book Expo had became more and more an historical anachronism, a relic of an analogue era of publishing that generated polite interest rather than excitement, and attracted ever fewer participants from around the world.

The centre of publishing gravity is shifting inexorably east, with New York’s strategic importance slowly being eclipsed as we enter a new global publishing paradigm where America’s significance relies heavily on its market size rather than its leadership of the global publishing industry.

With close to fifty million Spanish speakers in the USA one might have expected US publishing to have embraced the Spanish-language markets, alongside its leading role in the Anglophone markets, but Mexico’s Guadalajara has long since claimed that crown.

For children’s and YA we look not to the USA but to Bologna or Shanghai, and it is Shanghai and Beijing between them that, in the space of a few short years, have risen from obscurity to become the eastern counterpoint to New York.

Alongside Bologna and London in Europe, Frankfurt is of course the de facto centre of global publishing right now, linking east and west while fulfilling a role New York was never going to tackle – bringing the emerging markets into the global publishing arena.

It’s noteworthy that New York, supposed doyen of the Anglophone publishing world, has made no serious attempt to embrace the Anglophone markets beyond the usual suspects – Canada, Australia, New Zealand and the UK.

Does New York even know the India market exists? Malaysia? The Philippines? Nigeria?

It’s a telling point that, when you remove the global rights element from New York’s Book Expo, as happened this year, all we are left with is a wallow of self-pity and insularity.

No wonder then that, along with Frankfurt and Beijing/Shanghai, we have a third publishing centre rising from the sands of the Middle East, in Sharjah.

Reed Exhibitions sub-division ReedPop, failing to understand that the “pop” in “pop culture” means popular, not how father did things, could not even move with the times when the going was good, and by 2019 Book Expo America was reduced to little more than a jolly boys’ outing for US bookstores. The keynote speaker at that event was – don’t laugh – Len Riggio, CEO of the beleaguered Barnes & Noble chain stores.

Innovation in publishing had at best a lip-service acknowledgement, if it was acknowledged at all, and ReedPop’s Book Expo management team were so focussed on the domestic mess US publishing had found itself in with Amazon dominating digital and Barnes & Noble flailing from one crisis to the next, that the rest of the world may as well not have existed. While other trade events built themselves out, BEA imploded

If it took the pandemic to finish off the event’s limping existence, still that was just a matter of bringing forward the inevitable. Book Expo America was already the walking dead, out of date and out of touch, clutching at straws. The pandemic just took away the last of the emperor’s clothes, at no time more clearly than when Covid-19 brought New York to its knees and BookExpo’s management insisted there wasn’t a problem, eliciting unprecedented and hopefully never to be repeated TNPS headlines like this:

In a statement on the demise of BEA, ReedPop explained casually that, given the

continued uncertainty surrounding in-person events at this time … the best way forward is to retire the current iteration of events as (we) explore new ways to meet the community’s needs through a fusion of in-person and virtual events.

The pandemic arrived at a time in the life cycle of BookExpo and BookCon where we were already examining the restructure of our events to best meet our community’s needs. This has led us to make the difficult decision to retire the events in their current formats, as we take the necessary time to evaluate the best way to move forward and rebuild our events that will better serve the industry and reach more people than we were able to before. We remain committed to serving the book community and look forward to sharing more information in the future.

Wait, what? “The pandemic arrived at a time in the life cycle of BookExpo and BookCon where we were already examining the restructure of our events to best meet our community’s needs”?

That will be the same Book Expo that was scheduled for May, and then rescheduled for July, still in New York, even as hospitals were overwhelmed, with the baseless supposition the pandemic would somehow disappear overnight, and as US disease expert Dr. Fauci was warning of 200,000 Americans dead.

“…Already examining the restructure of our events to best meet our community’s needs”? Hindsight is a wonderful thing when it comes to rewriting history.

As we start December the US death toll is closing in on 300,000 and expectations are the worst is yet to come. ReedPop at least seems to have grasped that.

Jenny Martin and ReedPop would do well to spend that “necessary time” looking at how Digital Book World in the US, Frankfurt Buchmesse in Europe and Beijing in China rode out the pandemic and emerged stronger.

Meanwhile, for all practical purposes, Book Expo America is no more. And scanning the trade journals as the news breaks, it’s clear few tears will be shed. 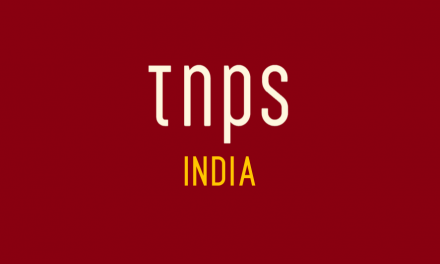 In the audiobook market stakes, Bookbeat takes a surprise lead, adding 24 markets. Total 28. But this isn’t a gamechanger yet