It’s now five years since Amazon last opened a Kindle store. Whatever happened to the Bezos dream “to have every book, ever published, in any language available for Kindle customers”?

November 12 marked the fifth anniversary of the Kindle Netherlands store, and five full years since a new Kindle store was opened. Will we ever see another?

Back in the heady days of 2010-14 it seemed the Amazon Kindle store was on a mission to take ebooks to the world.

Since then, nothing. Apple in the same period delivered fifty-one global ebook stores and Google Play seventy-five.

Sadly the Apple and Google Play expansions have also ground to a halt, but let’s stick with Amazon here, as the supposed global giant of e-commerce (Alibaba and Tencent might disagree).

It’s not that Amazon has given up on its global expansion plans. Far from it.

But chances are, if you focus on Amazon from a publisher’s perspective, you didn’t even notice that Amazon is now in 17 countries.

17? Those will be Australia, Brazil. China, France, Germany, India, Italy, Japan, Mexico, Netherlands, Singapore, Spain, Turkey, United Arab Emirates and the USA. In addition Amazon has a marketplace presence in Vietnam, and is working towards expansion in Indonesia.

Singapore, Turkey and the UAE all launched after the Netherlands (2014), but none have a Kindle store.

Why? Well, there’s no official explanation, but the obvious conclusion is that Amazon does not see books and ebooks as a worthwhile investment in the newest markets.

It’s not that books are not profitable for Amazon, but as I’ve noted many times, Amazon’s publishing arm runs on print rails. The Kindle store was created to serve mainstream publishers wanting to deliver digital copies of their print books, and with every Kindle store launch there has been an enormous amount of negotiation with big publishers to bring digital content into the store.

Self-publishers and small presses all benefitted, of course, but they were never the target.

Fair to say the Kindle Netherlands launch came too little too late for the Dutch, who has been enjoying ebooks from other players while Amazon was busy elsewhere. In consequence the Dutch Kindle store, serving an online population of just 16 million people, has never really made waves, and that perhaps helped Amazon’s decision to call it a day with the Kindle expansion programme.

The Kindle expansion programme? Before we get to that, let’s consider Amazon Music Unlimited, which only launched in 2016.

Meantime Amazon Video has gone much further, and has since late 2016 been offering video streaming of the latest TV and films to more than 200 countries.

But as we start our fifth year of no new Kindle stores being opened one has to wonder if Amazon’s stated goal, gathering cyber-dust on the Amazon website,

to have every book, ever published, in any language available for Kindle customers to purchase and begin reading in less than 60 seconds,

has been permanently shelved.

Ghana announces 15% increase in the prices of books 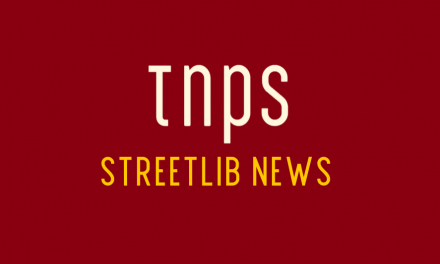