India’s Kolkata International Book Fair wound up earlier this week and the numbers are in: 2.3 million visitors spent 230 million rupees (US$ 3.2 million) on books in twelve days.

Given the price of books in India the volume must have been huge.
This just weeks after 900,000 turned out to the New Delhi World Book Fair. Sales numbers unavailable. at this time. The low 900,000 turn out was considered a big disappointment.

Only in India…
The Kolkata news also comes just after the conclusion of the Chennai Book Fair.
This year was another record-breaking year for Chennai, with 1.4 million visitors spending the USD equivalent of $2.7 million.
Other big events like the Jaipur Lit Fest have yet to report figures, but we do know the Krithi Book Fair is happening right now and early reports look promising. Last year, the event’s debut, the USD equivalent of $2.6 million of books were sold to 700,000 visitors.
That’s over 5 million visitors to Indian book fairs so far this year spending over $5 million, and we’re only half-way through February.
February started off with two big book events in Pakistan. No final numbers yet but the expectations were that many hundreds of thousands would be there.
Meanwhile In Myanmar in January the first Big Bad Wolf event of the year attracted 150,000 buying English-language books.  Big Bad Wolf takes 2 million books to Manila, Philippines next week, and then 5.5 million books to Jakarta, Indonesia. 750,000 turned out last year in Jakarta.
Right now the Casablanca International Book Fair is happening in Morocco and the Baghdad International Book Fair is underway in Iraq. On past performance these two will attract around three-quarter million visitors between them.
Next week the Muscat International Book Fair in Oman kicks off, hoping to beat its 2018 record attendance of just over one million.
Other big events happening this month include the Taipei Book Exhibition, the biggest book event in Taiwan.
And we can hardly omit to mention the Amar Ekushey Boi Mela in Bangladesh. It lasts the entire month of February and last year saw sales of the USD equivalent of $9.8 million.
But let me end this post with another shout out for Cuba, where the Havana International Book Fair is underway. Last year over 2 million people bought over 1 million books at the event.
If Cairo and New Delhi both disappointed this year because of issues with the venues, the trend is clear – more visitors and more books being sold around the world, driven by social media.

Following its acquisition of RBdigital, OverDrive adds 3,000 magazine and 2,000 comic titles from Zinio to its Marketplace 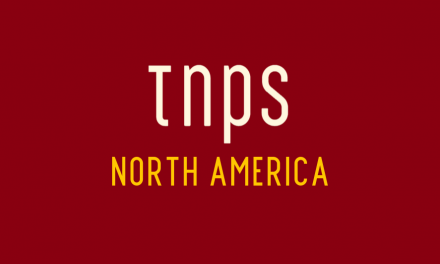