The 2017 Comics Con is underway in New York, but sadly an exciting schedule and some key announcements were overshadowed by real-life events, and two Marvel projects took a hit.

But first a couple of good news items from the New York party.

DC has announced the up and coming 1000th issue of Action Comics.

Action Comics, which gave us the first ever episode of Superman, will be the first comic ever to reach 1000 issues in March, and among the special events lined up will be a hardcover book looking at eighty years of Action Comics.

Another major cultural anniversary looming is the 50th anniversary of the cult British TV series The Prisoner.

The Prisoner first appeared on British and Canadian TV screens in 1967, starring Patrick McGoohan as Number 6, but the mention at Comics Con is for the 2018 fiftieth anniversary of the show’s release in the USA.
To commemorate that event Titan Comics is issuing a comic book series, written by Peter Milligan (Hellblazer, The Mummy) with art by Colin Lorimer (Hellraiser, The E-Files).
But the Comic Con fun has been overshadowed by the Las Vegas shooting tragedy.
Marvel and Netflix had a The Punisher event lined up, but in the light of the Las Vegas murders they understandably cancelled that programme, and a related event in Paris, Nuit Noire, has also been cancelled.
And in breaking news as this item goes to press, The Hollywood Reporter is telling of another Marvel cancellation, this time over a backlash against a partnership between Marvel and the military hardware and aerospace company Northrop Grumman.
The Northrop Grumman partnership was intended to play on the Tony Stark/Iron Man/Avengers theme with Marvel and NG promoting STEM (science, technology, engineering and maths) in schools, but the backlash from fans and from Marvel’s own content creators put paid not only to the Comics Con presentation but to the entire Marvel Northrop Grumman partnership.
Meanwhile Publishers Weekly reports on a white paper presented at Comics Con by ICv2 CEO Milton Griepp, that shows that, while the kids and YA graphic novels segment of the comics market is growing fast, it is in part at the expense of “traditional” comics in comics stores, as new readers and consumers enter the market looking for comics in their preferred consumption format.
““Comics are struggling to accommodate their legacy consumers while appealing to new readers who want different format and shop at different markets,” Griepp said. 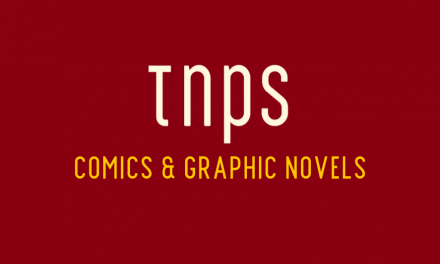