If you’re a booklover and you’ve ever been to India’s Chennai then chances are you’ve seen, and perhaps chatted to, RK Alwar, the white-bearded old man to be seen sat in front of the street bookstore known affectionately as Alwar Kadai (Alwar’s shop). 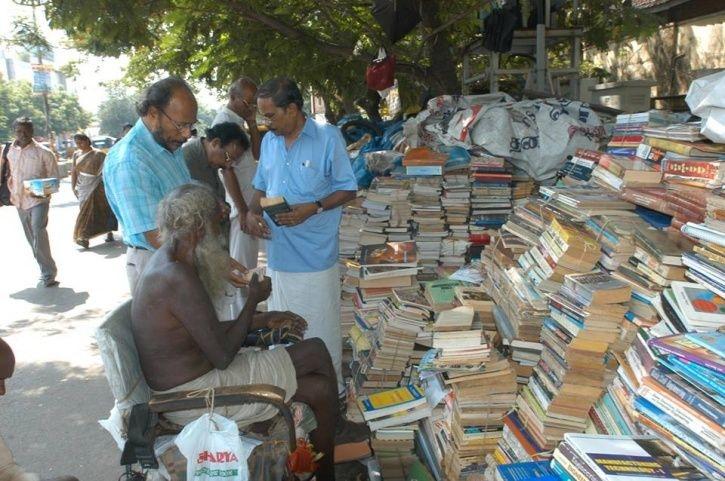 Sadly the old man himself passed away this week, aged 95, after five years absence fighting ill-health, during which time his family kept the bookstore running.

Famous as much as anything for being illiterate himself, Alwar could at least read the titles and names on the books, and after fifty years next to the books piled high on the pavement on Luz Church Road, Mylapore, such was his dedication that many of India’s literary stars paid him a visit.

And such was his local celebrity that when the municipal authorities decided it was time to clear the street, the protests were so strong that the plan was rescinded and Alwar kept his precious pavement space piled high with books.

His family have promised to keep the pavement bookshop going.